According to CompStak, effective rents in the San Diego office market have risen for the second consecutive year in 2014, surpassing $2 PSF for the first time since 2011. However, for the past four years, landlords have also rewarded tenants with higher concession packages, now reaching about 18% of the deal value. 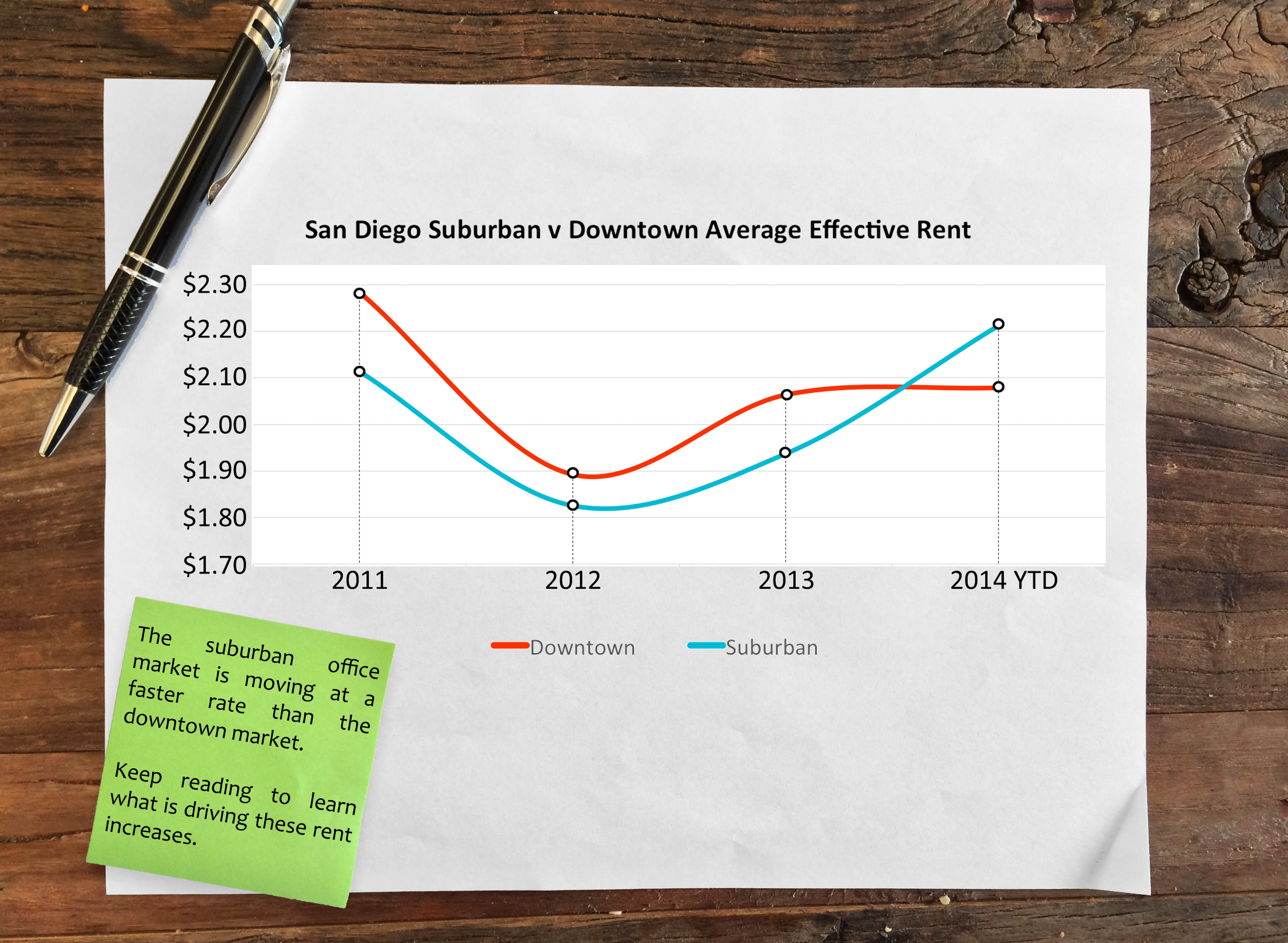 According to CompStak, the suburban office market seems to be moving at a faster rate than the downtown market. While both markets remain very close in overall effective rents, a surge in Class A rates in 2014 has resulted slightly higher effective rate for the suburban market - currently at $2.21 PSF. CompStak is a free lease comp exchange for brokers, appraisers and researchers, and you can click here to request an account.

Downtown Office Market Can’t Keep Up According to CompStak, the Downtown Atlanta office market is lagging behind submarkets…

CompStak Finds 10% YoY Increases in Non-CBD Rents According to CompStak's data, in the past several years, average effective…