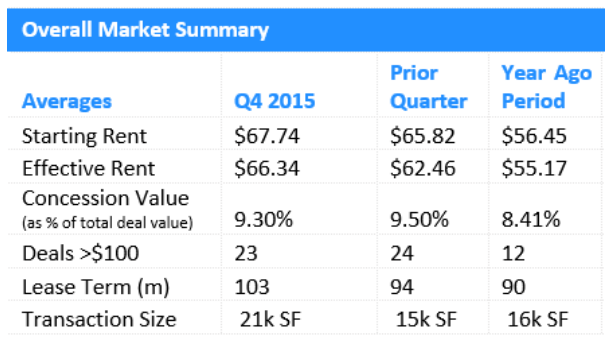 Manhattan real estate markets had a record year in 2015 but it ended with more uncertainty than market participants would like to admit. After the Fed raised rates last month with plans to raise them again in 2016, landlords and tenants alike are adopting a wait and see approach. It is unlikely the rate hike of 25bp will have any material impact on markets as the increase was likely baked into decision making towards the end of last year. If the Fed were to raise rates again, that would mean the economy is strong and the potential negative effects of a rate increase would be offset by NOI growth.

Slowing growth in China, falling oil prices, volatility in the stock markets, and a presidential election will make 2016 an interesting year for investors, no matter what asset class they are focused on.

Transaction volume in office leasing was lower in Q4 but average effective rents were still up 8% quarter-over-quarter to $66.34 PSF. That represents a 20% increase over Q4 2014 and it
brought the year to a close with an overall growth in effective rents of 13%. Starting rents saw modest growth of 3% QOQ to $67.74 PSF while concessions remained around 9%.

Much of the overall effective rent growth for the quarter was driven by just 20 deals signed for more than $100 PSF. Nine of these large deals were for more than $120 PSF, including six over $150 PSF. 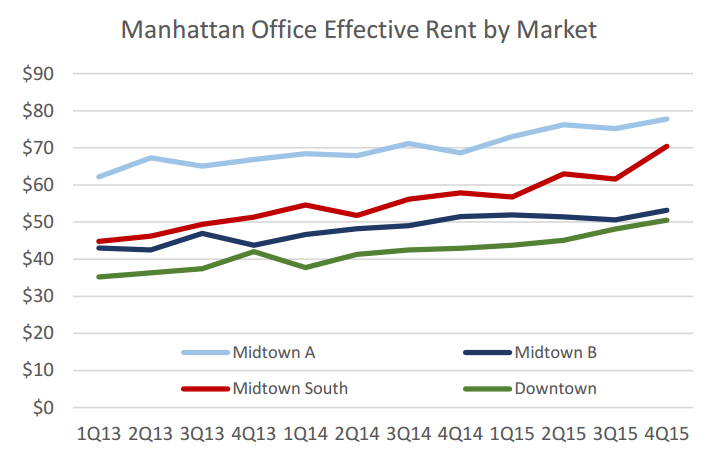 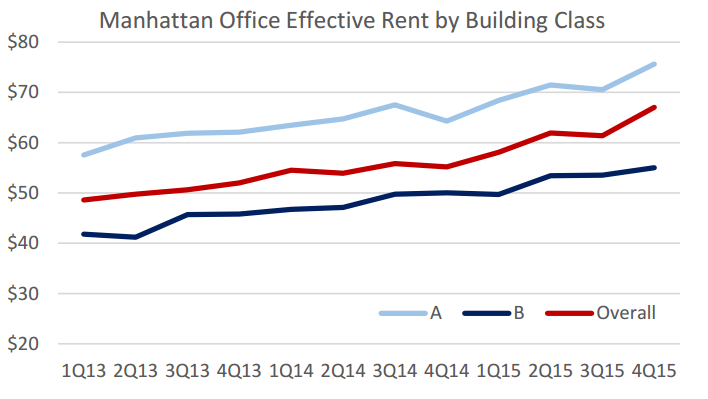 After Technology, Advertising, Media and Information (TAMI) tenants signed a few of the largest deals in Midtown in Q3, the submarket saw a shift back towards more Financial, Insurance, and Real Estate (FIRE) tenants, which comprised eight of its top ten deals for the quarter. Effective rents were up 8% QOQ to $66.34 PSF and 13.8% for the year.

Additionally, new leases overtook renewals in Q4, comprising almost 60% of deals signed in the submarket. The relative decline in renewals drove an increase in average concession packages, which rose 40bp to 9.3% of the total value of the lease. 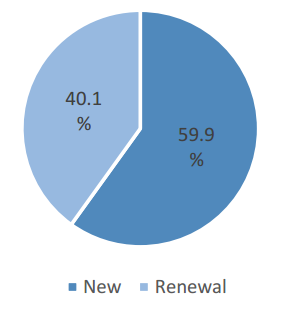 The single most expensive per square foot deal in the submarket during Q4 was for Glenview Capital
Management’s renewal for 41,000 SF at 767 5th Avenue. Their rent was reported to be in the $180s PSF
range. However, the three largest leases by square feet and value were: 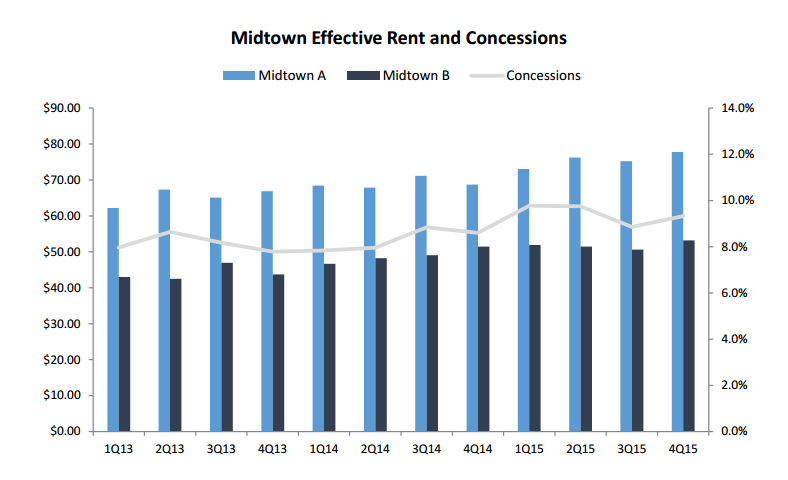 Midtown South—Rents went for a roller coaster ride in 2015

Midtown South continued to be a landlord’s market in Q4 as space remained in high demand amongst TAMI tenants. With no new space planned to hit the market anytime soon, rents should continue to be pushed higher as tenants compete for limited availabilities. Effective rents ended 2015 up 18%, but that belies the volatility the submarket experienced. Effective rents were down slightly at the start of the year, up 10% in Q2, down again in Q3 by 3%, and then up 11% in Q4 to $68.74 PSF. The fluctuations can be explained by higher profile deals done in Q2 and Q4 that raised the averages higher. 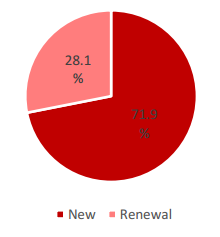 The growth in the fourth quarter was helped by a high profile lease in the Hudson Square submarket at 860 Washington St. Delos, a health and wellness focused real estate firm, took two floors totaling 22,000 SF at the newly developed building. The company will be paying in the $140s PSF. Additionally, Two Sigma Investments signed a lease for 16,000 SF at 100 Avenue of the Americas in the mid $80s PSF.

Although there was not a significant increase in the number of TAMI tenants overall, three of the submarket’s four biggest deals for Q4 were part of that sector: 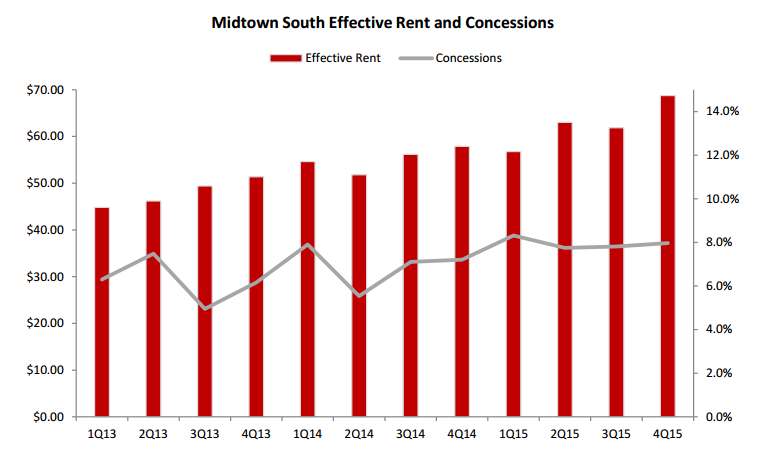 Downtown continued its winning streak after effective rents increased for the eighth straight quarter, making it the only submarket in the city not to see a rent pullback over the past two years. The submarket narrowly surpassed $50 PSF for the first time after rents spiked 5% in the quarter, ending the year at $50.55 PSF. Concession packages remained the highest in the city at 13% of total lease value indicating that landlords still need to lure tenants downtown with TIs and lease concessions. 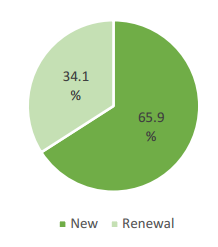 SportsNet New York and its parent company, Sterling Equities, signed a lease at 4 WTC for 89,000 SF and effective rent in the mid $60s. This deal allows the cable company that broadcasts NY Mets games to move its studio Downtown from the famed Time & Life Building on 6th Avenue.

SNY is not the first media company moving Downtown. Time Inc. relocated to Brookfield Place in 2014 and Conde Nast famously became the anchor tenant at 1 WTC in 2012. News Corp. and 21st Century Fox backed out of its letter of intent to take 1.3 million SF at Silverstein’s yet-to-be-built 2 WTC. An anchor tenant is needed in order for Silverstein to secure a construction loan.

Additionally, the fourth largest deal signed in the city in Q4 was Downtown. Teachers Retirement System of the City of New York renewed and expanded its lease at 55 Water Street to 191,000 SF at a total lease value of $238 million. 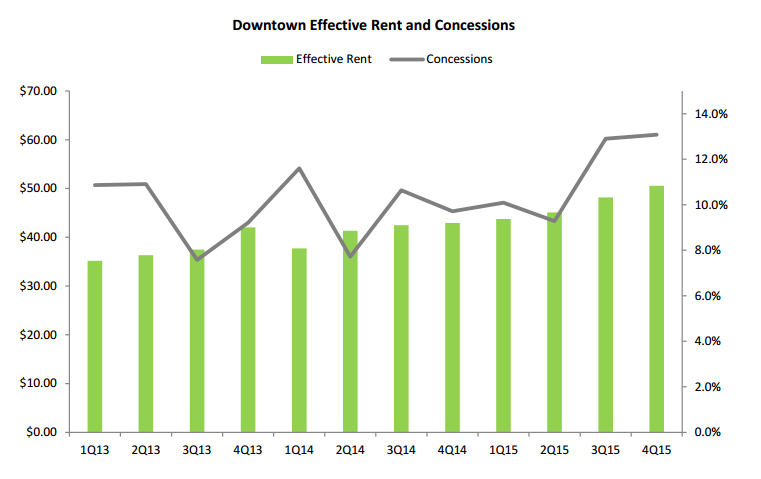 About
The Market Rent Report is produced by CompStak, Inc. For comments or questions, please contact
Blake Toline: Blake@CompStak.com or Regina Glick: Regina@CompStak.com.

About CompStak™: CompStak is the world’s first comprehensive database of commercial lease
comparable data. We gather our data from our users, a committed community of commercial real estate brokers, appraisers and researchers. Our analysts review all of the data we receive to ensure data integrity and quality.

The information contained in this report was gathered from CompStak users and other sources that we consider reliable. While we strive for perfection, this report may contain errors or omissions and is presented without any warranty or representations as to its accuracy.

*Effective Rent takes into consideration the rent paid for every year of the lease, as well as landlord concessions such as free months and tenant improvement allowance.

After a strong start to 2015, the optimism within the Manhattan real estate markets started to wane as 2016…